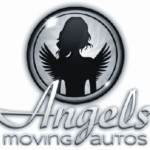 Angels Moving Autos is an auto transport brokerage based out of Rocklin, California. As the self-proclaimed “angels of the industry,” Angeles Moving Autos has dedicated itself to an honest approach to shipping vehicles. Their number one goal, as stated on their website, is to “form relationships with our customers that continue even after our service is completed with them.”

That’s a lofty goal, but one that Angels definitely meets and exceeds. But Angels Moving Autos is more than just an auto transport company. Their dedication to better goes so far as to donate part of their own profits to missionaries and orphanages around the world, with cited examples including ones in Mozambique and Belize.

How Much Does Angels Moving Autos Cost?

Angels Moving Autos at a Glance

Why We Recommend Angels Moving Autos

They cater heavily to dealerships

With the sharp increase in the number of vehicles bought and sold online, having connections with dealerships is a great way to gain some repeat business. But as a customer who’s buying a car online, does that really matter?

Yes. Yes, it does. Shipping a vehicle you bought from a dealership online is the only way that you’ll be able to get it, after all. With Angels Moving Autos, they are the preferred shipper for a number of dealerships, and they advertise it right on their website.

This allows them to give great deals to those who are shipping cars they bought online and allows them to provide quality service since they work with these dealerships on a routine basis. Having a network of dealerships that move their vehicles with you is a great way to keep prices down and in the good graces of customers.

They constantly update their customers

If there’s one repeating thread out of all their reviews it’s that Angels Moving Autos has quality communication. This is a stickler for many companies and one of the main reasons they get bad reviews. Customers like communication, and if there’s one thing that Angels does well, it’s keeping their customers informed.

You can tell just by looking at some of their reviews, and they have lots and lots to look at. Their reviews are almost all 5-star reviews as well, with very few that are lower than four. This is a great look for a company in an industry that can be rife with below-average shippers. If you’re worried about not being updated or having the wool pulled over your eyes, you don’t have to worry about your vehicle when you ship with Angels Moving Autos.

They price to move, not to book

One thing that sets Angels Moving Autos apart from other companies is the fact that their prices aren’t built to get you to book your shipment. Instead, they’re built to get your vehicle picked up when you need it picked up.

This is something that you really see once you start looking at their reviews as well. Many reviews talk about how they weren’t the lowest priced, but they were able to get their vehicle moved when they need it. They even talk about it on their website, saying that people who are looking to spend bottom dollar should probably move on.

Can You Trust Angels Moving Autos?

Based on reviews alone that’s a resounding yes. But besides that, their dedication to customer service, their higher-than-average pricing that’s built to move vehicles on time, and their humanitarian work make Angels Moving Autos one of the most trustworthy companies we’ve seen. And 11 years operating like that can’t be wrong!