Some of the Most Popular Auto Transport Locations 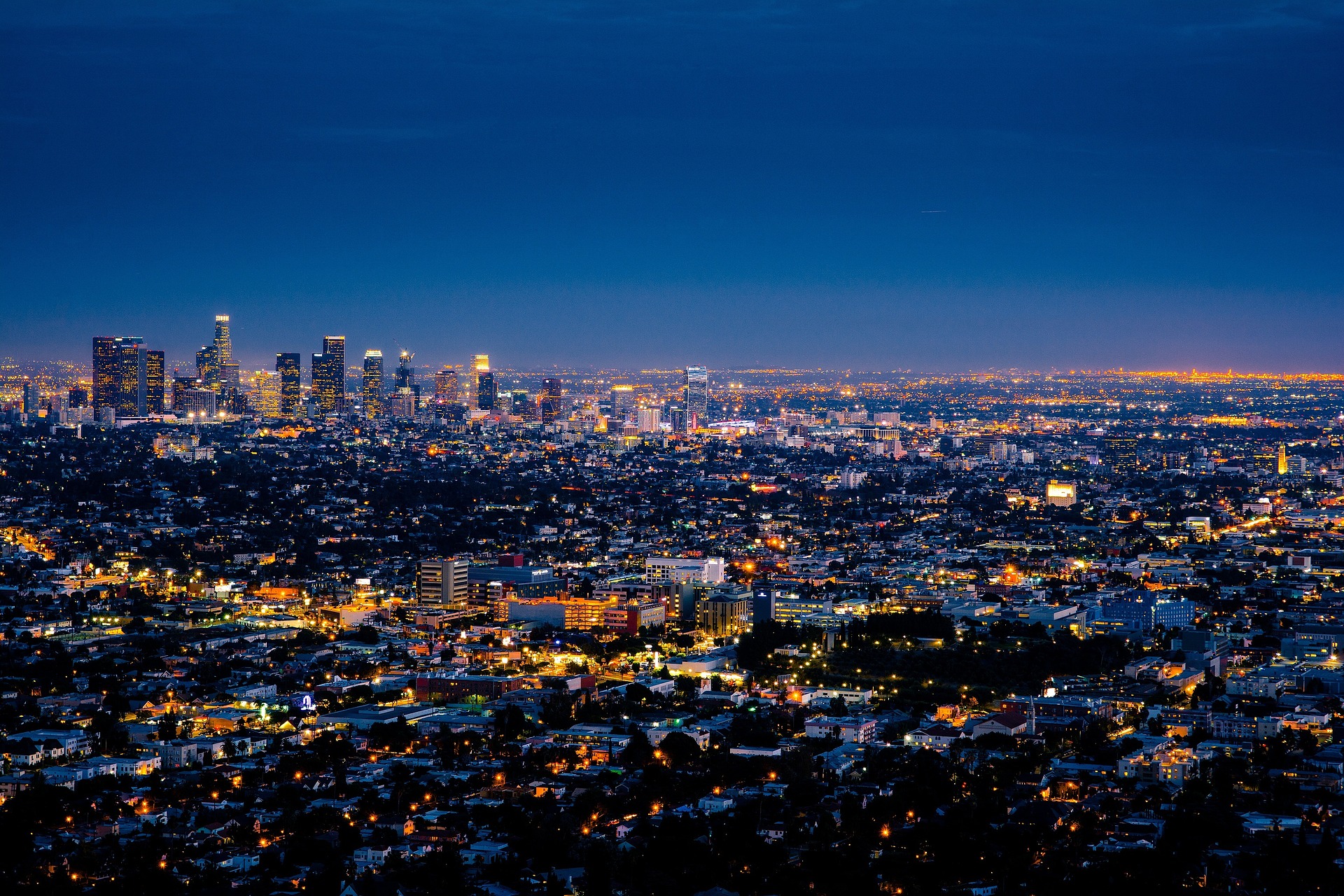 Some of the Most Popular Auto Transport Locations

Location is important when it comes to shipping a car. While it may not be as important as it is when you start a business, it’s still going to impact your car transport prices and services. This is why shipping to and from the most popular auto transport locations tends to be cheaper, faster, and more reliable.

Of course, you’re shipping from where your car is at to where it needs to go to. Not all customers have the ability to just choose a popular auto transport location and ship from there. Some people are in the middle of rural areas, or on the outskirts of bigger cities. Location tends to be one of the things you can’t really do much about when you ship a car.

That being said, we’re going to talk about some of the most popular auto transport locations in the United States, why they’re important, and what you can expect when shipping a car to or from these areas. Let’s be frank – there’s a lot of places you can ship from or to in the country. But for purposes of this entry, we’re going to be focusing on some of the most popular. Which, to be fair, see a lot of shipments on routes in and out of them.

There’s plenty of demand for car transport to and from these areas, and if you’re shipping to or from one of them, you’re in luck.

Why the most popular auto transport locations are so popular

This is why the biggest cities in the United States tend to be the largest car transport hubs. It’s not the only thing that makes a location popular, but it’s one of the most important. The reason why is pretty simple: more people means more potential jobs. More potential jobs mean more actual jobs, and more actual jobs mean more money for the carriers.

The car shipping industry is route-based. This means that carriers are often traveling between two or more major cities on a pre-determined path. So, if they start in Los Angeles, they may head east through Las Vegas, then into El Paso and then Dallas, then Houston, then maybe they continue east to New Orleans, and then through Alabama and into Florida.

Or maybe they start in New York, then go south through Washington, D.C., and maybe Norfolk, and then hit cities like Charlotte and Atlanta before heading into Miami.

There are thousands of routes that carriers can take to get across the country. The ones they run the most take them through some of the most popular auto transport locations in the country. And that’s by design.

Los Angeles – perhaps the most popular

When it comes to popular auto transport locations, it’s hard to beat L.A. Los Angeles – and, really, the greater Los Angeles area – is one of the most densely populated areas in the U.S. And because of this, it attracts a lot of auto transportation attention.

More than that, though, Los Angeles is a major hub for commerce, education, culture, business, finance, and more. It attracts a lot of people because there’s a lot there. It’s home to many major industries, it’s not far from Silicon Valley, it’s one of the main ports of entry into the U.S. – it’s got a lot going for it.

It’s also one of the main western stopping points for a lot of carriers. Those that run primarily east-west routes across the U.S. have a number of routes to choose from both into and out of Los Angeles. As a major nexus for interstate and international transportation, that’s not surprising. But being on the west coast makes it easy for carriers to get there, fill their truck, and head out again.

They can get to a number of areas in the city as well. Unlike cities further east, Los Angeles grew to prominence after the automobile was a thing. The region is sprawling, vehicle-friendly, and, while kind of convoluted, not all that difficult for many carriers to get around. It’s hard to beat L.A. as a major shipping location.

Something to note, though, is that Los Angeles, in particular, is known for “log jams” – that is, too many cars coming out and not enough going in. This can artificially raise prices during times of high demand, which is something you should speak to an agent about to learn more.

In terms of the most popular auto transport locations, L.A. is hard to beat. But Miami is also pretty popular in its own right, to the point where it’s probably the biggest rival to Los Angeles. There are a few reasons for that, and they may not be the ones you think.

To start, Miami itself isn’t all that big – with a population in the city proper of under a million residents, it’s the only one on this list that doesn’t crack seven digits. But that’s beside the point; the Miami metro area is massive, one of the largest in the country. And it’s popular for car shippers not only because of its sprawl but also because it’s a snowbird hub. But…what are snowbirds?

Well, snowbirds are people who typically live in the northeast during the spring and summer, and then live in the southeast during the fall and winter. They’re surprisingly common and if you have any family in Florida or New England, you likely know about this already.

Snowbirds are a major draw for carriers in the fall and winter months for several reasons. For one, it’s when the industry starts to slow down – fewer people are shipping after the end of the summer rush, and those that are tend to be shipping along north-south routes. This helps keeps carriers afloat during the slower winter months, and also tends to drive the popularity of Miami up.

It’s also a major international hub for shipping, commerce, and travel. As a world city, like Los Angeles, it’s already got a lot of people. So it being almost as popular as Los Angeles really isn’t too surprising.

It’s fairly centrally-located and along several major interstates that run in pretty much all directions. This means carriers can easily get to Dallas on a number of routes, and can quickly find new loads since the city is still very large.

This is probably the biggest reason Dallas is so popular. While the weather is nice, and the city is big, making it a prime location for people to ship in and out of, its still a big city. Big cities attract lots of carriers and this one especially due to its centralized location.

Sitting along several major routes including Interstate 20, Interstate 30, and Interstate 35. I-20 is a major one that connects to other major interstates like I-10, while I-35 runs north to the Great Lakes region and connects with every other major east-west highway.

As such, carriers running routes through Dallas have access to numerous different routes coming out of the area. This means more opportunities to keep their trucks filled and at a solid price. Not only that, but it’s already very popular among customers. There are lots of people shipping in and out of Dallas on a daily basis. This gives carriers even more incentive to include Dallas along their routes, and it keeps prices lower on the whole.

New York City – the biggest, but not the most popular

And now, we come to the city that probably was on most people’s list of most popular shipping locations. But New York, despite easily being the largest city in the country, isn’t nearly as popular as the other locations on this list.

Well, New York City may be big, and we admit it’s popular among customers. Not as popular, but still, it’s got a lot of shipments to and from it on a daily basis. But not on the level of Los Angeles and Miami.

Most of New York’s traffic tends to be shipments coming out of the city, oftentimes snowbirds during the winter. Plenty of people ship to the area, sure, but carriers tend to prefer going out than going in. A lot of this has to do with tolls on the interstates that run through New York City as well as the many restrictions on big trucks that they have within the city limits.

Carriers can’t reach many areas of the city, including most of the boroughs. They may be able to get to Staten Island, but most just meet in New Jersey for pickup and delivery. Couple this with tolls, which raises prices, and carriers will go only if it’s guaranteed to be profitable.

You’ll likely notice slightly higher prices per-mile for routes to New York than other areas. Routes out of New York, at least the city, should be mostly stable depending on the season.

Get started on shipping a car today!

Looking to get started on shipping your vehicle? We can help! Here at AutomobileShippingQuotes.com, we work hard to ensure that our customers get the most out of our services. This is why you can read all about the best auto transporters in the industry, right here on our website.

These auto transporters are top-rated and, combined, have decades of experience in the industry. We clear each company we review ahead of time, which means we make sure they are licensed, bonded, and insured. We also ensure that they work with the best carriers on the road, and they have stellar reviews from customers as well as a solid BBB rating.

If you’re interested in shipping a car, you’re going to want to compare prices and services. And there’s no better way to do that than by getting access to so many shippers at once. And, unlike other companies, we don’t ask for any personal information. We allow you to choose the companies you want to talk to and work with.

Read reviews, contact companies, get quotes, and find the right one for your needs. That’s what we offer for you, and we hope it helps.